Today is Reserves Day, an opportunity for the UK to celebrate and salute our Reserve Forces.
Reservists give up their spare time to serve in the Reserve Forces, balancing their civilian life with a military career to ensure that should their country require them, they would be ready to serve as part of the military.

Arcanum is proud to have been awarded the Gold Defence Employer Recognition Scheme (ERS) Award.  We proactively demonstrate our forces-friendly credentials as part of our recruiting process and provide additional leave for Reservist employees.

Meet some Reservists employed at Arcanum: 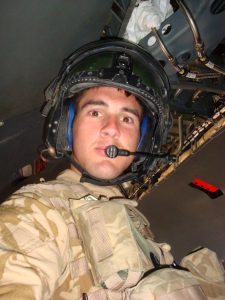 I served in the Royal Navy for 14 years and enjoyed my time immensely. The experiences I had and the people I met were likely to be unparalleled in the remainder of my working life. The Navy developed me from a scruffy teenager into a highly-capable professional – something I will forever be grateful for. During my service my trade, as it were, was that of the Observer – a member of aircrew who undertook a variety of duties ranging from radar operator, to search and rescue winch operator and winchman in the now sadly redundant Sea King.

When push came to shove in my thirties, it was clear to me that domestic life must now take the lead and that my professional aspirations should take a backseat. This being the case I stepped down from full-time service and changed my career path. This decision would not only broaden my horizons but allow me the time at my Main Operating Base (I believe it’s called ‘Home’ in civilian parlance) to start and raise a family.

Whilst I relished the challenge of a new career in Cyber Security with Arcanum, I did not want to cut my ties with the Senior Service, so as I stood down from full-time duties I enrolled in the Royal Navy Reserve’s Air Branch. This decision allowed me to stay in touch with the Fleet Air Arm and its contribution to both the Royal Navy and UK Defence. I was delighted to receive the full backing of Arcanum to allow me to maintain contact with my former employers.

My Reserve duties regularly see me employed at HMS GANNET, a former search and rescue base in which I previously served, and now a key forward operating base for a whole host of Royal Navy, Royal Air Force and NATO aircraft. Now, instead of flying and ‘fighting’ the aircraft, I assist in maintaining the operational output of the establishment allowing these aircraft to pursue the UK’s national interests. My Reserve role sees me employed in a wide variety of tasks supporting a close-knit full-time staff – sometimes I even get to employ my newfound cyber skills! I am very proud of this role and am keen to maintain my relationship with the Royal Navy.

I very much enjoy my employment in the Royal Navy Reserve – I wish a fair wind and a following sea to any persons that wish to join this most professional and valuable organisation. 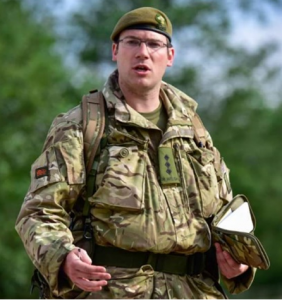 I joined the Army Reserve whilst at University in 2004. Since then, I have attended the Reserve Commissioning Course and returned as an instructor; been a general purpose machine gunner, provided a ceremonial guard in Caernarfon Castle and commanded infantry soldiers on various exercises in the UK and Europe. I have also volunteered for full time service as the HR and administrative manager of a training unit and served on operations in Helmand Province, Afghanistan.

When people list the benefits of service in the Reserve Forces, skills such as teamwork, communication, leadership, organisation etc. become almost cliché, but they mean so much more in practice.  Any form of soldiering, especially in the Infantry where I serve, requires significant resilience and robustness balanced with empathy, emotional intelligence and good judgement. You have to work with and convey understanding of complex ideas, plans and concepts with a huge range of people such as senior military officers, government officials, civilian agencies, host nation security forces and local populations. While this is not exclusive to the Armed Forces, joining the Reserve has provided me with so many opportunities to develop which has aided every stage of my civilian career.

I have benefitted a huge amount from serving as an Army Reservist, not just though improvement of skills, fitness, knowledge and competencies, but in real growth as a person more generally. The Army invests in and develops leadership and teamwork at all levels. You get to know your team exceptionally well, learn how to get the best out of them and when as leaders we get it right, the devotion, camaraderie and results you can achieve are second to none.  Through its excellent training and strong code of Values, the Army Reserve leaves a lasting impression long after you finish training on a weekend.

In my day job, I work as the Chief of Staff at Arcanum, assisting with the strategic and operations management of the company.  Being a ‘Gold’ award holder for the Armed Forces Covenant Employer Recognition Scheme, Arcanum are not just hugely supportive of my service in the Army Reserve, but recognise the holistic benefits of a career in the Reserve Forces. I now command C Company of 3rd Battalion the Royal Welsh in Pontypridd, meaning that I lead and manage a sub-unit of over 90 soldiers. Through my training as an Army leader in the preparation for this role, I have met the standard and am in the process of becoming a Chartered Manager, which in turn can hopefully make me a better manager within Arcanum.

We are extremely proud of our Reservists here at Arcanum, and we would like to thank all Reservists across the UK for their dedication, professionalism and commitment to serving our country.
Happy #ReservesDay